I thought about it and realized that I needed to post pictures here with my phone and then come back and annotate them. Easiest way I know to do this. They are not in any proper order, I'm just posting them. 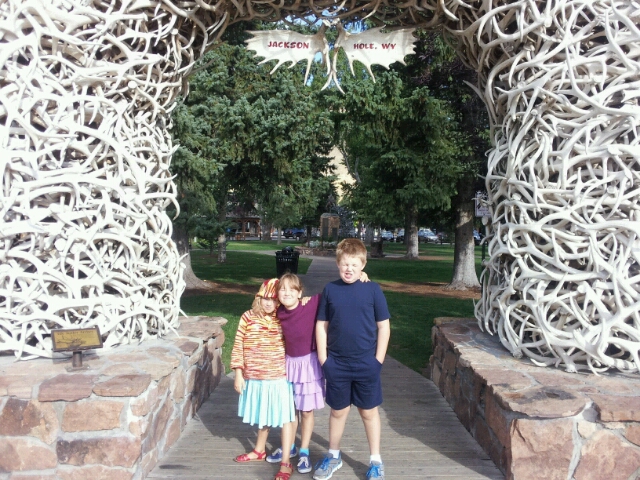 We spent a night in Jackson, WY on our way from Salt Lake City and Yellowstone. The night before was the super rough one with Gray up in the night puking his guts up. Earlier he had enough energy to go down the Alpine Slide, but after that he didn't want to get out of the car. This was taken on our way to the Grand Tetons and Yellowstone. We were driving to get to the highway and stopped when I saw this. That arch is made from shed elk antlers. What you can't see is that there's one on each corner of this park. Ut. 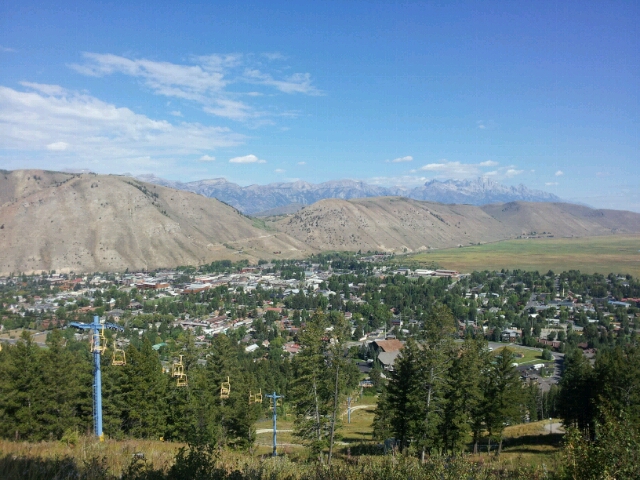 We took a ride down an Alpine Slide. It's something a ski resort carves into the hill side so that there's some way for them to make money during the winter. Runs right under the chair lift on the left. In the Winter it's completely covered in snow and you'd never know it was there. This is the first time I ever rode a chair lift. Fun! Gray wasn't feeling well but well enough for a ride. 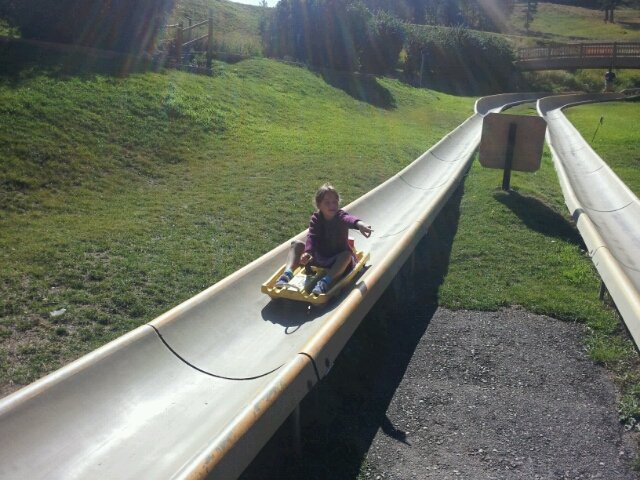 Gray rode down the slide with me. So I only managed to snap a picture of Gwen as she went last. 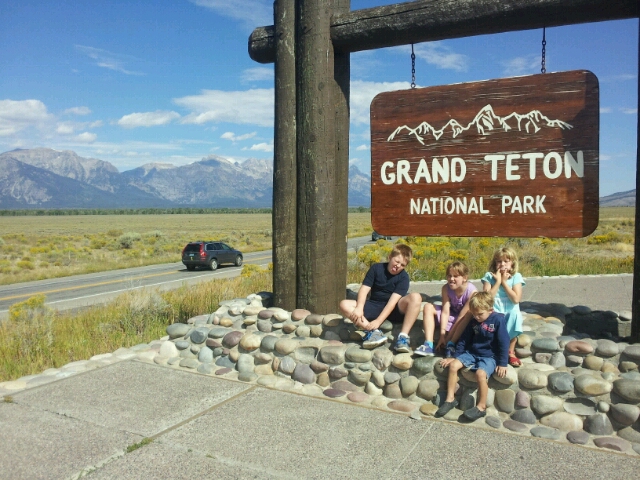 You can tell they are so enthused to be at the Grand Tetons. I thought it was beautiful. They were "NO MOM! We don't want to have our picture taken!!" "Too bad, get out of the car" 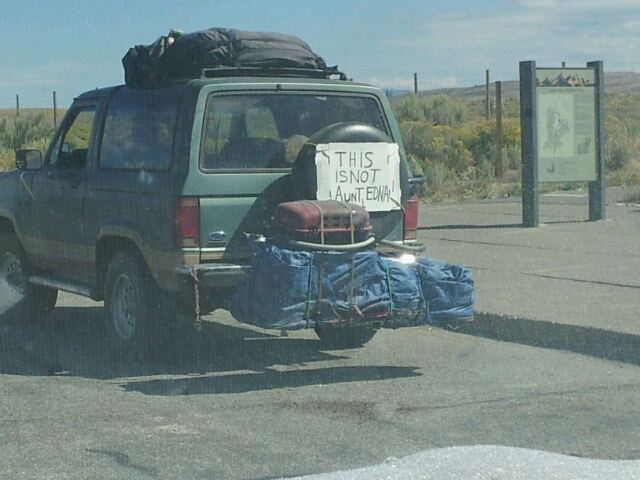 I saw this as I was pulling out of that parking lot and thought it was hysterical. 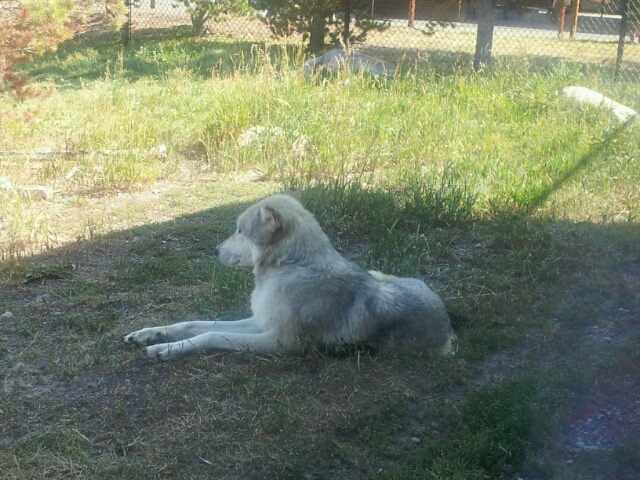 On our way out of West Yellowstone, we found there is a Wolf and Grizzly refuge. This picture is not zoomed, the wolf came that close to the window. Beautiful! 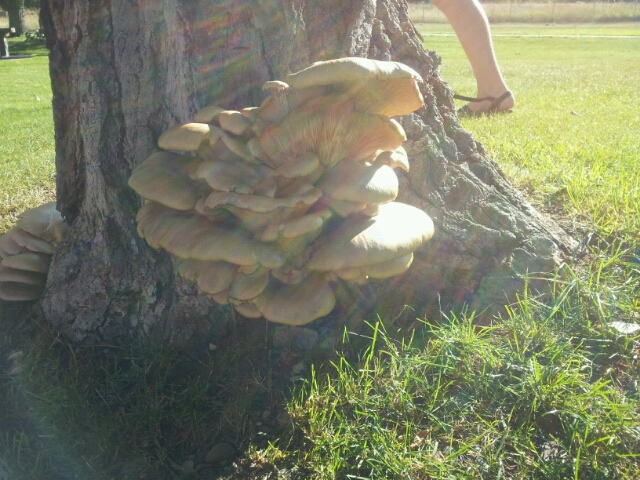 A HUGE mushroom on a tree I spotted as we were leaving a rest stop somewhere in Montana. 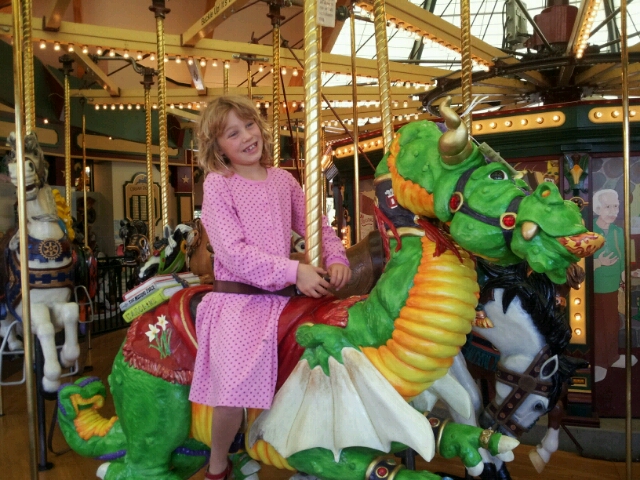 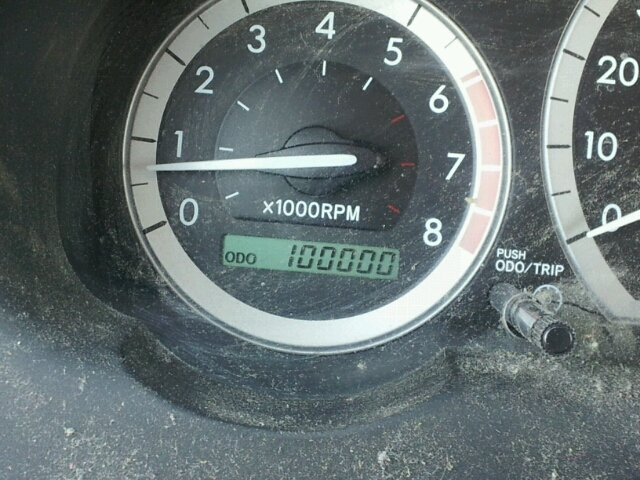 As we left Missoula for Kalispell my van flipped 100000 miles. Woot