Pictures from this week worth remembering 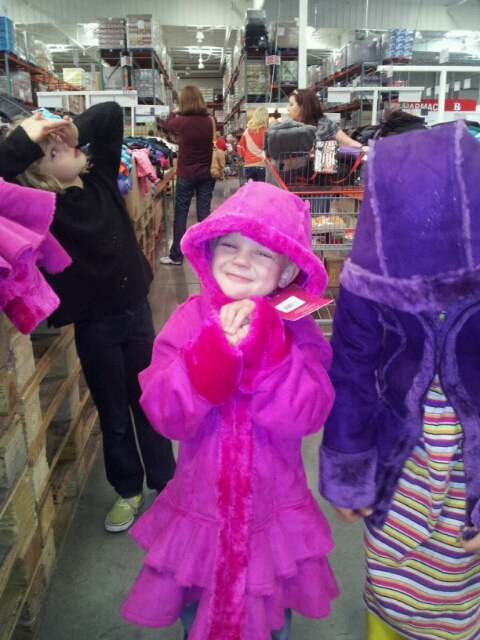 First up, we have shopping for clothes at Costco. The girls saw these coats and wanted one. Gray decided to get into the act and demanded the pink one. That's my boy! 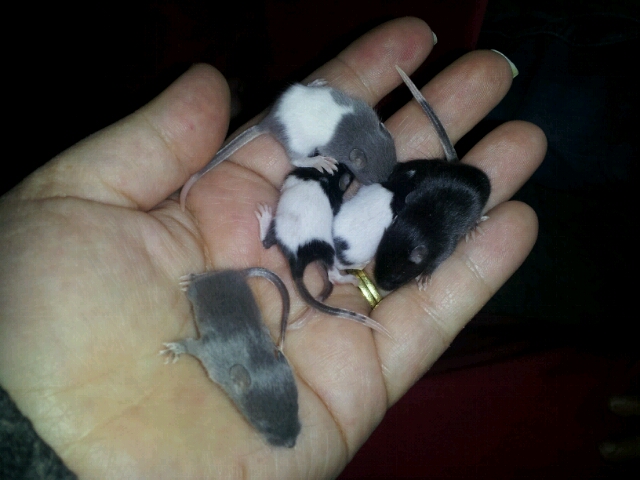 Three weeks ago, our "female" mice had babies. Here's all the remaining five in my hand. The all gray one is Ash. Gray and white is fog, The black and white directly underneath is Oreo, the other black and white is Star and the dark one is Thirsty. We took them to the Vet where she squeed like a little girl "OMG!!! They are so CUTE!!!! I've never seen mice so small!!!" She gave us the unfortunate that all but Ash are definitely boys and she's not sure about Ash either. I have about 5 days before they start killing each other because male mice are territorial. If I can't find homes soon, I have to decide if I'm going to euthanize them and give them away as snake food. Or hope for the best. Personally, I think a trip to the freezer is kinder. (Which is actually what happened to the OTHER half of the litter. Shhh...don't tell the kids.) 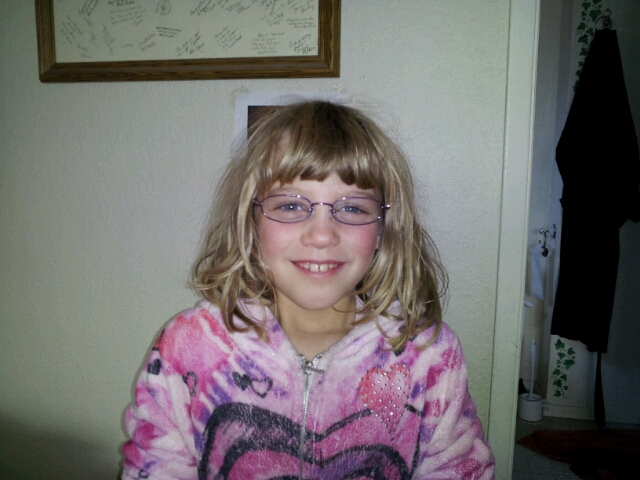 Elli got her first pair of glasses. I and most everyone else think she looks adorable. She thinks she looks ugly. But honestly? She's adorable. Suck it up kid. 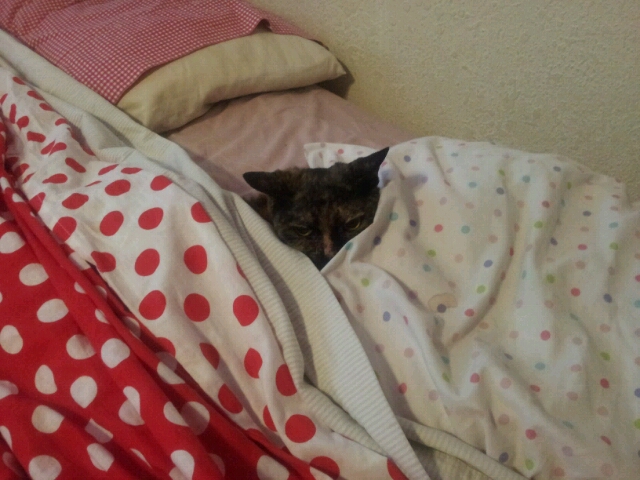 And finally, some signs that it's getting cold. One morning after I made the bed, I went back into my room later and found Magic all cuddled under the covers with her head resting on my pillow. Awwwwww.