There's this hill between Rudolf Steiner College and Sacramento Waldorf School. And it's a bitch to walk. Many of my classes are "down the hill" at the school. Last summer when I tried to walk up the hill between the two, I ended up panting like a dog, with my heart pounding in my chest like it was going to be a baby alien, and me reaching for my inhaler. And that was after I stopped a couple of times to catch my breath.

I decided I wasn't going to let that hill get me down this year. See, after that experience, I drove back and forth between the two for the rest of the summer. I decided, this year, I was going to walk like a normal human being. At the beginning of the year I changed my workout at the gym. I crank up that treadmill to the highest angle it will do and I walk. Slowly, but I walk steadily up that damn thing.

Currently, I'm attending a Teaching Conference at the College. As usual, we are using some of the space at the School down the hill. I figured out that after lunch, everything I was scheduled to do was at the College. I parked my car at the College this morning and walked down the hill. Go me. I went through the morning and then joined the exodus of people walking up the hill to lunch. I didn't try to keep up with people, but I steadily and slowly walked up that damn hill, the whole way, without stopping to catch my breath. I got all the way back up to the College...and I was only slightly out of breath Two or three deep breaths put me in the right.

The Universe works in strange ways bringing people you need into your life. Sometimes you are the person who is needing...sometimes you are the person who is needed. Sometimes you meet through friends, sometimes online, sometimes the person next to you in line at Starbucks. But always, the Universe works to bring two people who need to meet together. Steiner tells us that this is Karma. We either want to continue to work together, or we are wanting to make amends for things that happened before. What happens afterwards is where Freedom comes in.

I don't exactly believe everything that Steiner said 100%. Some things are just so damned out there I just go. "Okay dude. Whatever. Maybe I'll figure it out next time around (His Cosmology is falling under this category, let me tell you.) But his description of Karma rings true for me. I think it explains why when you meet some people there's an instant click of friendship or that brief flicker of "About damn time...I've been waiting for you!" On the other hand it may also explain why some people, even though they seem perfectly nice, just give you the heebie geebies and you don't want to be spending any time with them (this might explain some people's reactions with their in-laws =)).

I have been blessed several times with that instant snap of close friendship and more recently with that "Where the hell have you been? I've been waiting!"...but never have I found a friend and kindred soul...by a letter.

I found an envelope in the mail today addressed to "The Crunchy Mom". The return is from a nearby street in the neighborhood. I thought this was a bit weird. I didn't recognize the name...do I have a stalker? How would some random person know I'm a crunchy mom? I open it up. It's from a woman in the neighborhood. She's moved to the area recently and is looking for new friends. On a walk she spies my van which has a bumper sticker on it that reads something like ('cause I'm too damn lazy to go outside and look it up right now) "Crunchy, hippie, liberal, leftist, homeschooling mom" Which makes her go "I need to meet this  mom!" But she doesn't want to knock on the door 'cause that's weird. So she wrote a letter.

This is pretty cool. I love the way the Universe works. I'll call her later when we aren't quite so toxic. Although, now that I think about it...she may appreciate an invitation to someone's house who is dealing with chicken pox. =) I know I would!

Which I now realize I should have taken a picture of, even if it's not pretty.

Ike wanted to make GF Cinnamon Buns. Okay. Took too long. And the pan I used was too big. But...they aren't bad. A bit heavy. Not sure I'd ever make 'em again (I'm not a huge fan)...but I think he might!

We used ATK's Quick Cinnamon Bun recipe with the leveaners at 1.5 times the amount listed and Gluten Free Mama's Almond Flour Blend and 2 tsp's of xantham gum. It worked. He's happy. That's fine with me.

This is definitely a case of good news/bad news.

The good news is...the kids FINALLY managed to catch Chicken Pox. After multiple exposures over the last few years, Elli has spontaneously developed it. Ike is already feeling crappy and itching...so I suspect it will whip through here like wildfire. Joe and I have had it as kids. I had such a light case as a child that when Ike was a baby, I got myself checked for antibodies, which eventually came back positive...so I have the immunity. Though I am likely to be prone to a small flare.

The bad news.
I'm supposed to start my student teaching internship on Tuesday. I've called my mentor and asked about the School's policy regarding my attending and she's going to get back to me. Dang it. It's never a good time for children to get sick, but something as serious as this?? Right before I start something seriously important? Oh well. Life is what happens while we make plans. It'll be alright.

So. It's January. I look around...my house is a mess (shocking I know) and I see so much....STUFF. I'm really beginning to feel the weight of stuff in my life. I'm tired of taking care of it.

But there's the sentimental attachment to stuff. It's hard to let go of that.

Then I realized I could capture the stuff with a picture. So. This morning. I decided to let go of two items that have huge sentimental value...but are in essence. Dust Collectors. 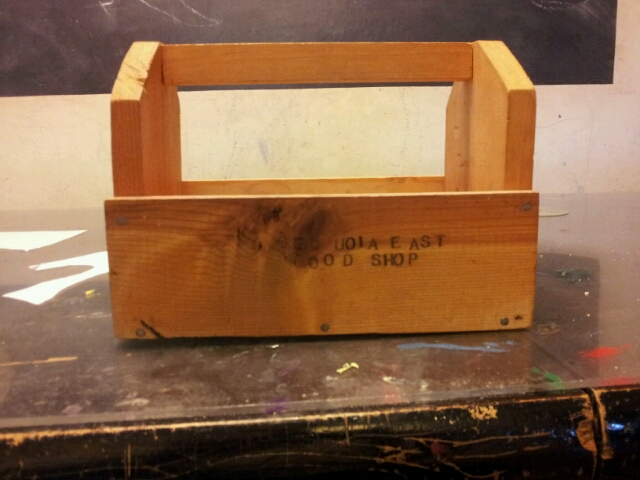 I made this in wood shop (remember when public schools still *had* wood shop??) in (wait for it) 6th grade. I was so proud of it....and it wasn't until I saw the other side 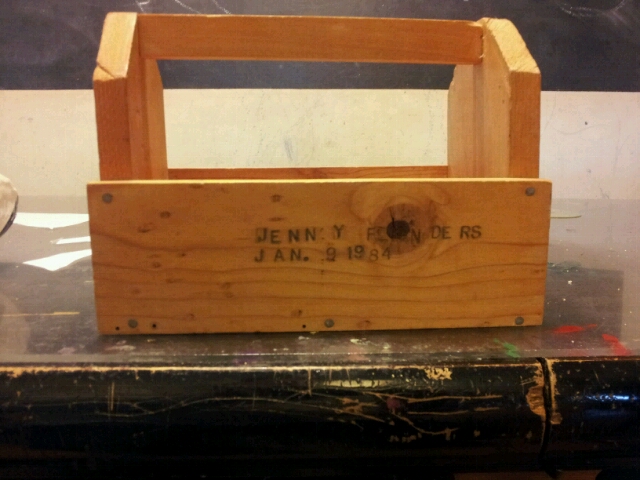 That I noticed that this thing has been doing nothing but collecting dust in some house of mine or my mothers...for over 30 years. Yea. Time to go. 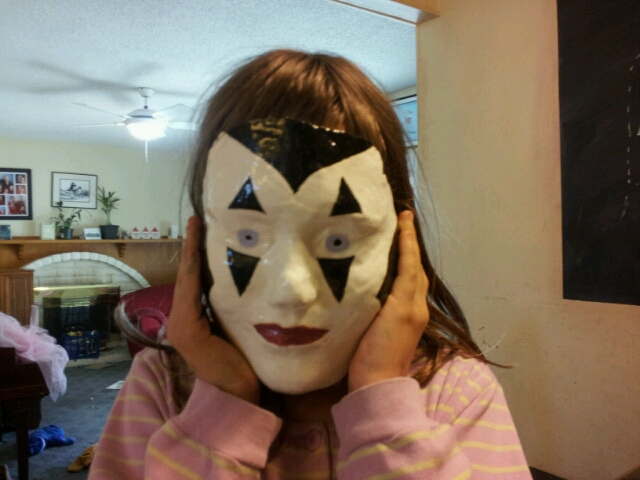 I took a ceramics class my Senior year of high school...this is a mask of my own face. Gwen is modeling it for me. Yea. What in the hell do I do with it? I checked the date. March 29, 1990. Right. Done nothing but collect dust for nearly 24 years.

With a sigh. Both are now gone. And it's okay.

1. Reply to this post and I will pick five of your icons.
2. Make a post (including the meme info) and talk about the icons I chose.
3. Other people can then comment to you and make their own posts.
4. This will create a never-ending cycle of icon glee.
5. I can't promise to pick in a timely manner, but I will do my best.

What ghost_light picked for me:

I found this one while pregnant with Elli and Gwen and loved it for pregnancy posts. It just shows a pregnant body in a really cool way.

So one day I realized that Chez Geek cards make damn perfect icons. So I scanned a bunch. I choose this one for those time when you really need to pig out....or I'm talking about food.

Meme Icon. I am a sheep sometimes.

This is a new one, I just uploaded it. Zombie pic. I could of totally used this for a post I made last Saturday after having a grand total of 2 hours of sleep. Sometimes you just feel like you are shuffling around.

Joe's license plate. For those times when I want to bitch about his car. Probably not the best icon to have as it helps track us down/privacy thing...but WTF. Oh. And it's not Pounds per Square Inch....its the roman alphabet equivalent for the greek letter Psi (pronounced PeCee) and the Psi*Psi is some physics equation that is a constant (I think)

My copy of Cookies for Christmas is falling apart, this is our favorite recipe for these cookies and I don't want to lose it.

Preheat oven to 350. Cream butter, margarine, sugar, and vanilla
Add about 3/4 of the flour and blend. Add nuts, blend. Add rest of flour, blend.
Form into 1-1 1/2 inch balls. Go ahead and pack them on the sheet...these do not spread.
Bake 15-20 minutes
Roll in powdered sugar immediately and place on cooling rack.

Notes:
To make these gluten free, add another 4 T of butter. Change AP flour to a GF AP Flour (Better Batter, Tom Sawyer, and Gluten Free Mama blends all work well)
If you use a #70 scoop you should get 100-110 cookies

That child, I swear, whipsaws me from one emotion to another. Check this out. 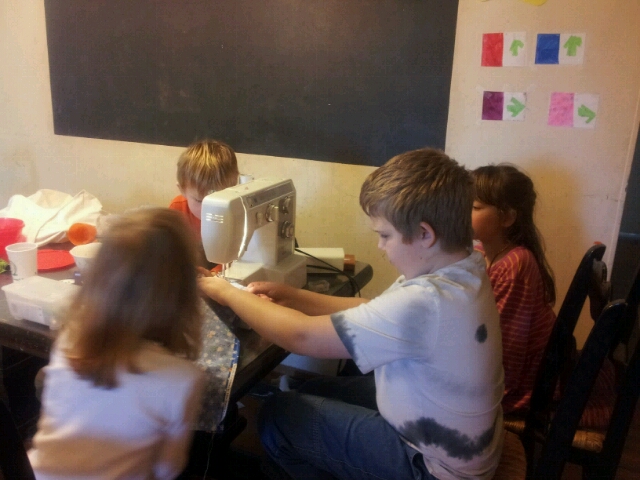 First of all one day this week, he sets up my sewing machine and says he wants to sew christmas presents for his sibilings. He learned to use a machine in school last year and can handle straight line sewing. So I let him at my fabric stash, set him up and let him sew. He made little bags for his sibs and did a pretty good job. 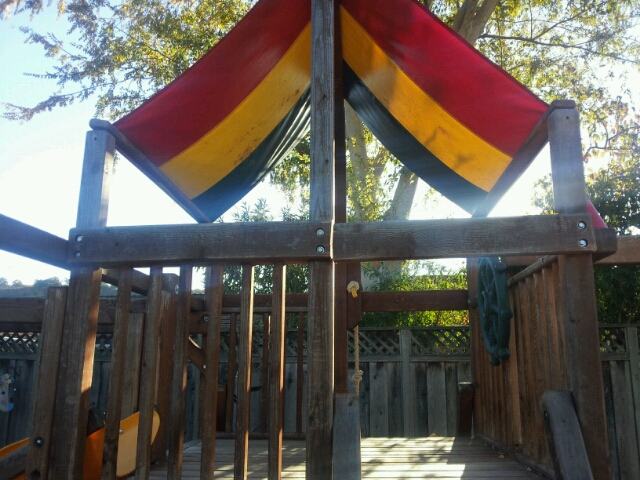 A couple of days earlier I caught him outside and the play structure looked like this. Do you see a problem? Let's look at a closer picture of that cross beam. 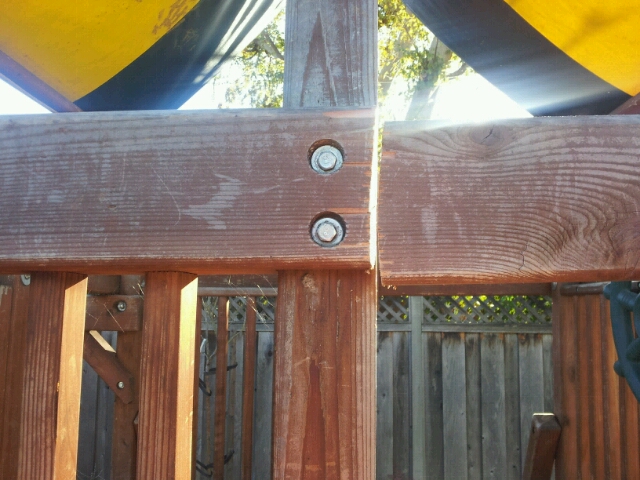 Yea. He sawed right through it and I caught him as he was part way through the other side. Tells me he decided to saw off those sections because he was tired of hitting his head on it. He didn't realize that that crossbeam helps keep the structure true. Now the pressure from the rest of the structure has broken the half sawed cross beam. Grrrr....it's replaceable...but still! I give him high marks for seeing a problem and attempting to solve it. I just wish he'd find solutions that didn't include destruction. He cooled his heels in his room for quite awhile, while I calmed down.

On Thanksgiving, Elli went outside and made ART! 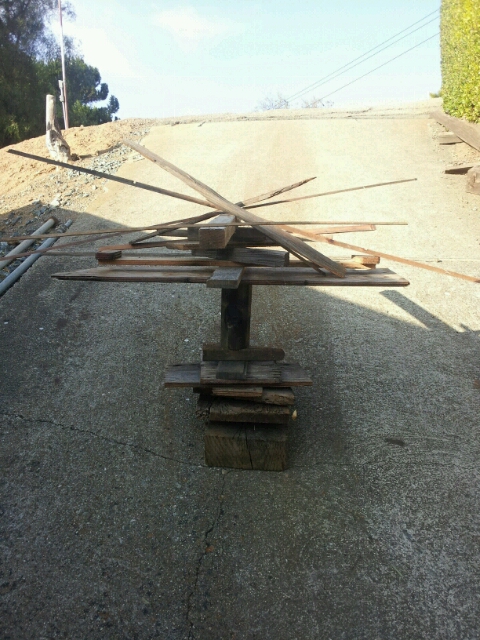 She found a bunch of stuff lying around my Gram's house and put this sculpture together. It was actually quite cool and the top few pieces swayed and quivered in the breeze. Neat! Girl can't tell the difference between a M and a W, but damn! She's got that touch. 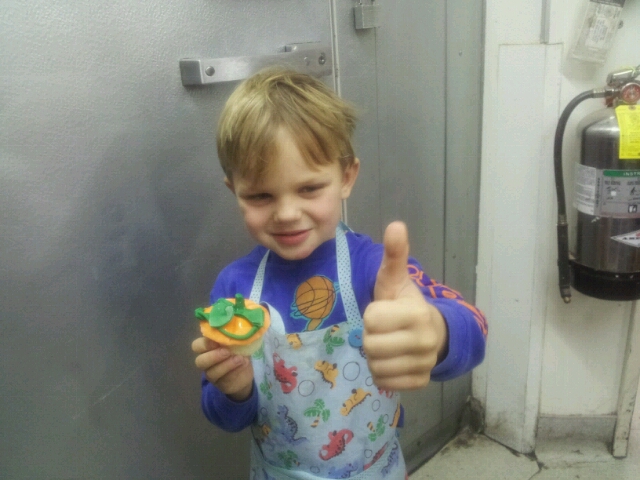 Grayson showing off his cupcake. Joe and I took all four kids to a cupcake decorating class. First time I've ever worked with fondant. Neat stuff! 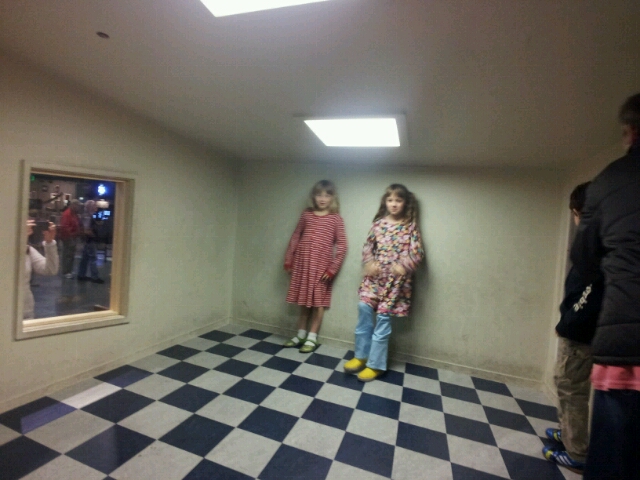 I took the kids to the Exploratorium. I loved this house as a kid. 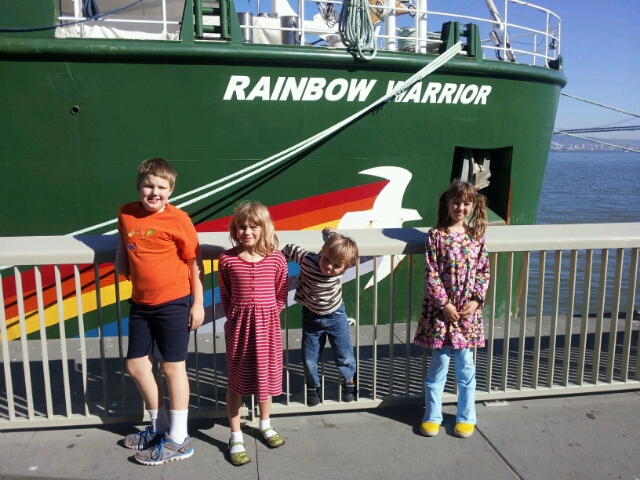 And right outside the Exploratorium the Rainbow Warrior was docked.It was a good day that day.